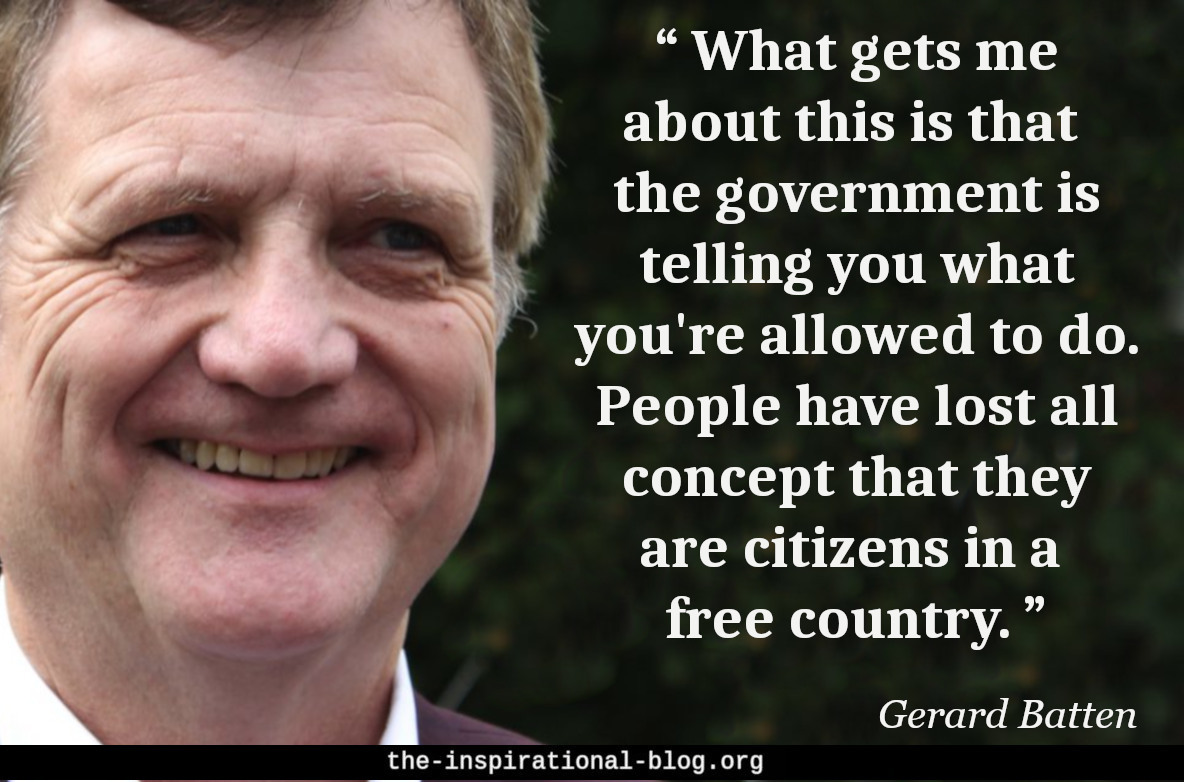 “ What gets me about this is that the government is telling you what you're allowed to do. People have lost all concept that they are citizens in a free country. ”

Well said Gerard. Spoken like a true liberal. Not like all the fake ‘liberals’ we see so much now who are really fascists in disguise, telling us what we are and are not allowed to do, say and think.


This quotation is an excerpt from Gerard Batten’s discussion about the Great Reset on Hearts of Oak, 03/12/2020 - https://www.youtube.com/watch?v=hxXdbe9yYcY


Gerard Batten (born 27th March 1954) is a British politician who served as the Leader of the UK Independence Party (UKIP) between 2018 and 2019. He was a founding member of the party in 1993 and served as a Member of the European Parliament (MEP) for London between 2004 and 2019. He resigned from the party in 2019 when it was destroyed from within by its own NEC. I too left the party around the same time and for the same reason.


“We're in danger of being so tolerant that we tolerate ourselves out of existence.”


"Successive governments have refused to accept the threat posed to our society by Islamic fundamentalism and extremism and to take the necessary measures to meet it head-on. We should esteem our own values of freedom, free speech and liberal secular democracy and start defending them."


"Freedom cannot be expected to tolerate that which would destroy it. Fundamentalist and extremist Islam is incompatible with freedom and Western liberal democracy. The real issue for those wishing to remain free is not an argument about headdress but the threat posed to our freedoms and way of life by a minority of people and how the state chooses to deal with it - if indeed it has the courage to do so at all."


"Instead of asking the EU how we may leave we should have been explaining to them how we are going to leave."


"We are determined to protect our freedom of speech and the right to speak our minds without fear of the politically correct thought-police knocking on our doors."


"If Parliament does not take Britain out of the European Union it will be the biggest constitutional crisis since the English Civil War. In 1642 the king put himself in opposition to parliament. Parliament won and the king lost his head."


"Tommy Robinson is not far-right... and does not have far-right views. He is someone who can give some information and research which is useful to me. We have always been a democratic, non-racist party. That has always been in our constitution and that is exactly the way we are going to keep it. It is very odd in this day and age when you get called far-right, when what you have spent the last 25 years trying to do is to return government to our own democratically elected Parliament."


It's time to stop living in fear and set ourselves free, but we can only do it TOGETHER. A better way is possible. - https://lovenotfear.uk/


What is your opinion on this Gerard Batten quotation? Please do share your thoughts. 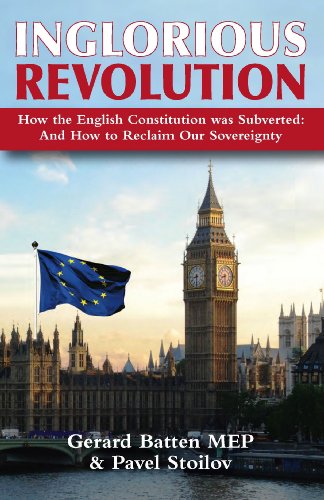 The Inglorious Revolution
How membership of the European Union has subverted the English Constitution and how the people can set themselves free.
“An easy to understand handbook on the quest for national freedom.”
by Gerard Batten


Gerard Batten quote -
“ What gets me about this is that the government is telling you what you're allowed to do. People have lost all concept that they are citizens in a free country. ” 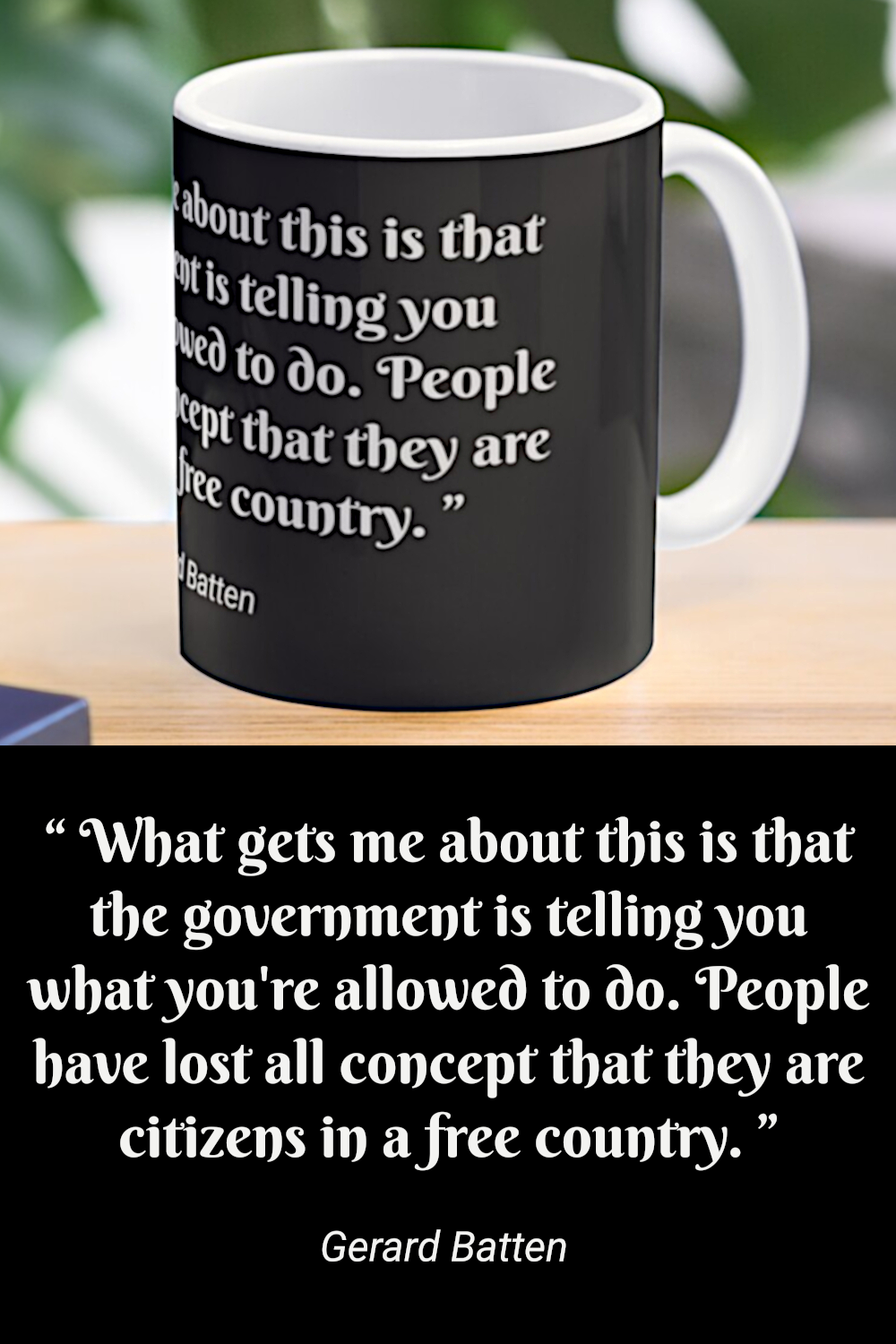