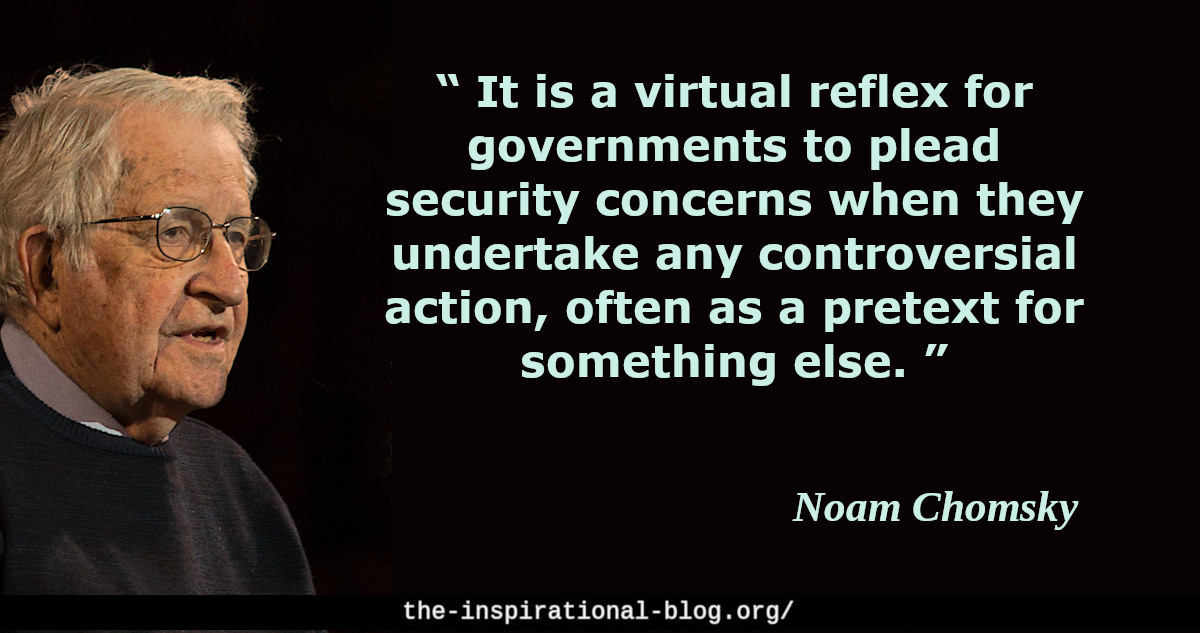 “ It is a virtual reflex for governments to plead security concerns when they undertake any controversial action, often as a pretext for something else. ”


Chomsky is also a major figure in analytic philosophy, and is one of the founders of the field of cognitive science. He is Laureate Professor of Linguistics at the University of Arizona and Institute Professor Emeritus at the Massachusetts Institute of Technology (MIT), and is the author of more than 100 books on topics such as linguistics, war, politics, and mass media. Ideologically, he aligns with anarcho-syndicalism and libertarian socialism. Chomsky has been interested in anarchism from an early age.


Chomsky clearly recognised how willing governments can be to be economical with the truth when it suits them. 9/11, Iraq’s weapons of mass destruction and the current massive overreaction to the bogeybug are obvious examples. Governments always seem to have an agenda.


What is your opinion on this Noam Chomsky quotation?

Who Rules the World?
by Noam Chomsky

Check out this exciting new trailer for THRIVE II: This is what it takes. Focusing on breakthrough solutions, this welcome new movie offers grounded hope when we need it most: