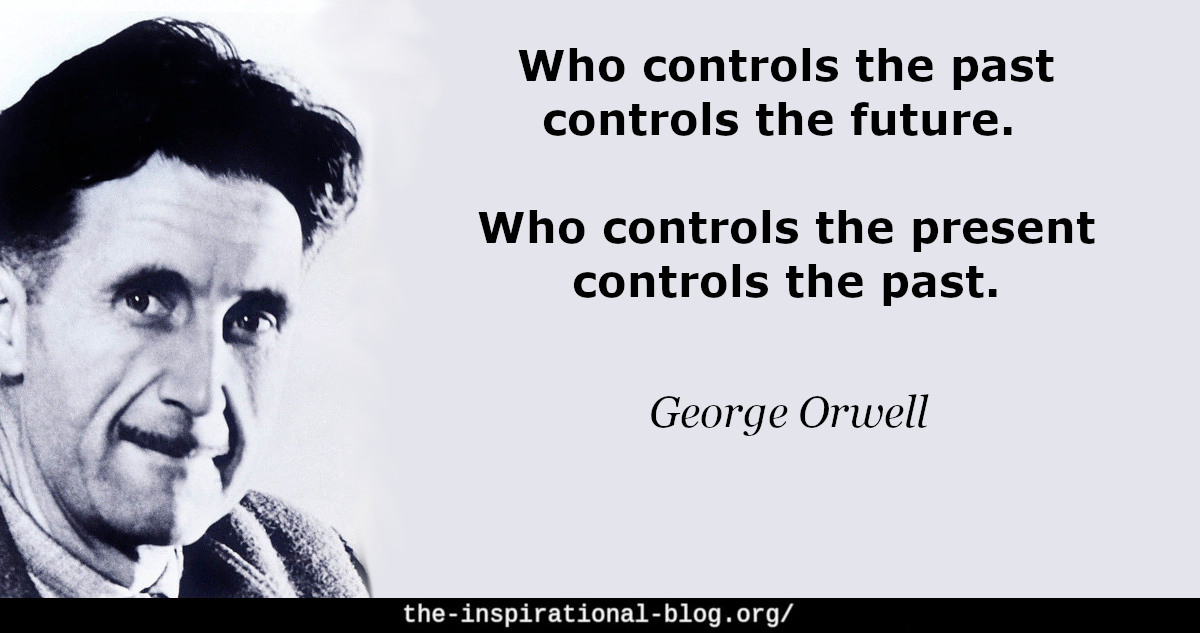 Eric Arthur Blair (25 June 1903 – 21 January 1950), known by his pen name George Orwell, was an English novelist, essayist, journalist and critic. He is best known for his dystopian novel Nineteen Eighty-Four and the allegorical novella Animal Farm.


Orwell's non-fiction works include The Road to Wigan Pier which documents his own experience of working-class life in the north of England, and Homage to Catalonia which is an account of his experiences soldiering for the Republican faction of the Spanish Civil War (1936–1939).


His prophetic writings have had a huge influence around ther world and the adjective "Orwellian" is widley used today to describe the totalitarian and authoritarian society we are now decending into with increasing censorship and surveillance of citizens.


Other concepts introduced by Oewell, such as "Big Brother", "Thought Police", "Two Minutes Hate", "Room 101", "memory hole", "Newspeak" (an idea which came to him while working for the BBC), "doublethink", "proles", "unperson" and "thoughtcrime" fit seamlessly into our modern world as independant opinions, outside of the collective narrative, are increasingly frowned upon and may even lead to prosecution under misapplied "hate speech" legislation.


It's incredible how Orwell saw all this coming decades before the introduction of so-called "political correctness". Indeed there is a popular meme circulating on social media that has Orwell saying "I wrote 1984 as a warning, not as an instruction manual".


What is your opinion on this quotation?

Check out this exciting new trailer for THRIVE II: This is what it takes. Focusing on breakthrough solutions, this welcome new movie offers grounded hope when we need it most: