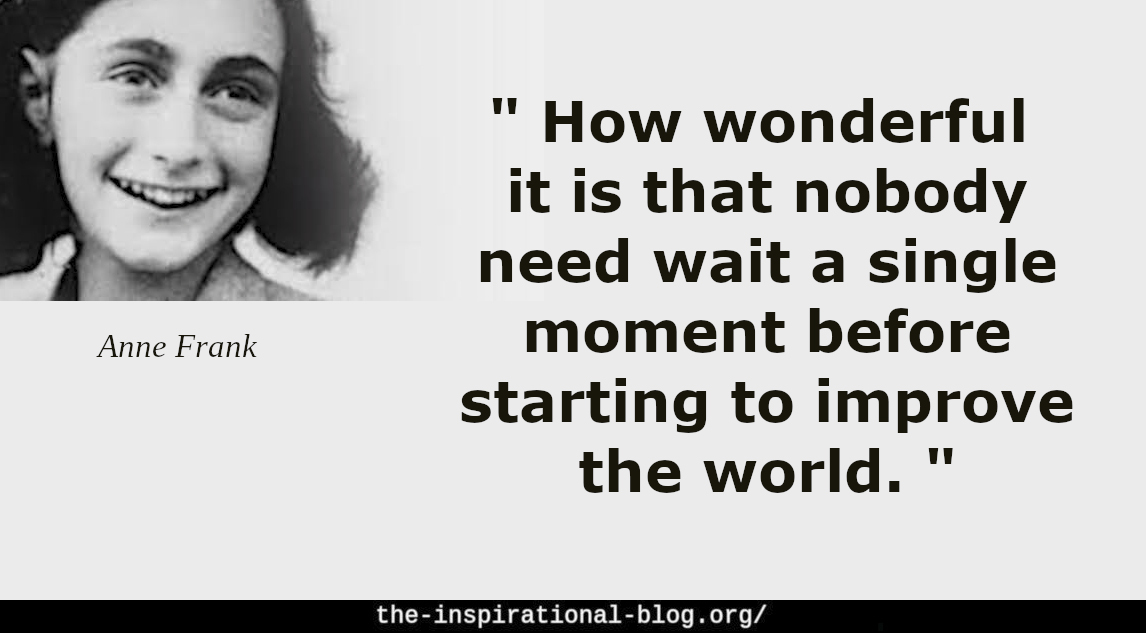 " How wonderful it is that nobody need wait a single moment before starting to improve the world. "

The unacceptable face of hatred and prejudice. Anne Frank is one of the most discussed Jewish victims of the Holocaust. She gained fame posthumously with the publication of The Diary of a Young Girl in which she documents her life in hiding from 1942 to 1944, during the German occupation of the Netherlands in World War II. It is one of the world's best known books and has been the basis for several plays and films.


This innocent young girl was murdered, not by the Nazi elite who used the Jews as scapegoats to hide their own incompetence, but by a troop of jobsworths who were only obeying orders. That's the real tragedy. Jobsworths with big guns and small minds who blindly do as they are told. We must never again allow the government, any government, to tell us what to think.


So let's take Anne Frank's advice. Let's not wait a single moment before building a world based in Love Not Fear where no politicians or governments can ever again become more powerful that the people they serve.

The Diary of a Young Girl
by Anne Frank