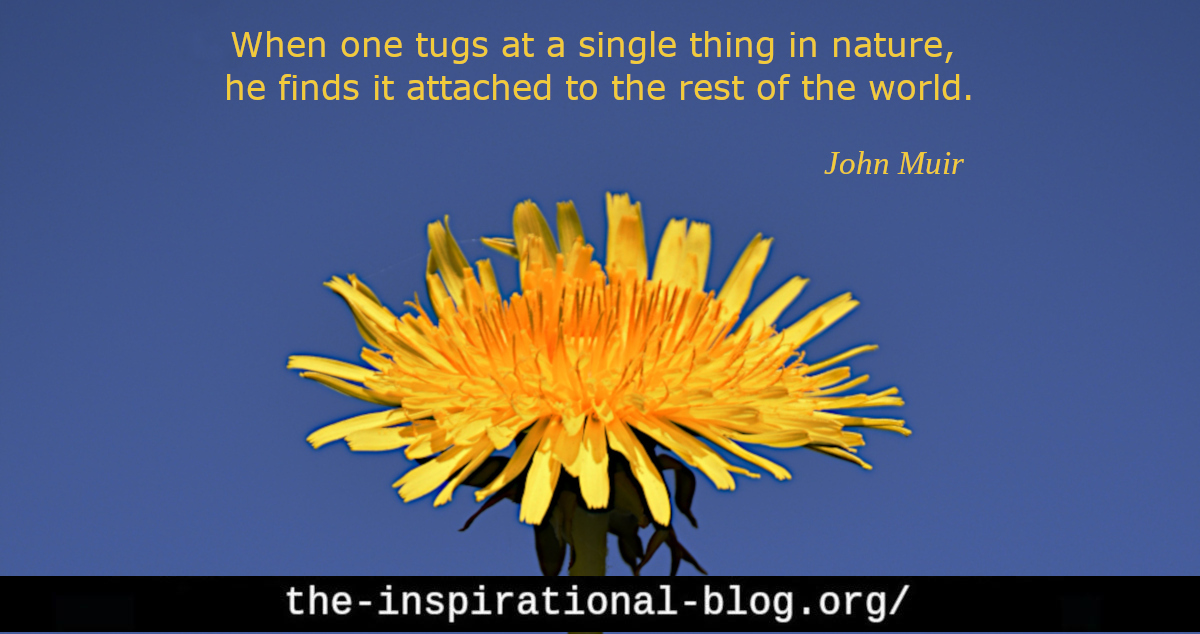 " When one tugs at a single thing in nature, he finds it attached to the rest of the world. "


Born on April 21, 1838 in Dunbar, Scotland, John Muir emigrated to America as a boy in 1849. Despite living almost his entire life stateside and being educated at the University of Wisconsin, he never lost his strong Scottish accent.


While working at a carriage parts workshop in Indianapolis, back in 1867, Muir suffered a blinding eye injury that was to change the course of his life. When his sight returned, one month later, Muir resolved to turn his eyes to the fields and woods. He walked a thousand miles from Indianapolis to the Gulf of Mexico and wrote about his adventures.


Muir led the fight against the Hetch Hetchy dam, and his environmental activism played a huge part in the preservation of the Yosemite Valley, Sequoia National Park and many other wilderness areas. He co-founded the Sierra Club, a prominent American conservation organisation. In his later life, Muir devoted most of his time to the preservation of the Western forests.

The Yosemite:
When one tugs at a single thing in nature, he finds it attached to the rest of the world.
by John Muir